I am Borislav Bogdanov, Lead Artist and Designer.

For the past 3 years I am part of SNAPSHOT Games as the studio art director. The company is founded by the legend Julian Gollop and David Kaye. We are responsible for the critically acclaimed Chaos Reborn and the project in production Phoenix Point.

I have been working at Ubisoft Sofia joining the studio as soon as it opened doors in 2006.﻿
Through the years of extensive studio development I had the chance to advance in the areas of 3d art, concept art, art technology, management and artistic direction.

Before joining the game industry I graduated Industrial Design, TU Sofia. I was learning from some of the most renowned designers in the automobile industry on projects sponsored by Daimler Chrysler and BRABUS Gmbh.﻿﻿﻿﻿

I was the Lead Artist of Abstergo Team on "﻿Assassin's Creed 4 Black Flag" - Responsible for the creation of the present day world. Together with my team we had to do the architectural design and implementation of Abstergo Entertainment building, Abstergo Industries and The Montreal Vista view as seen in the game. 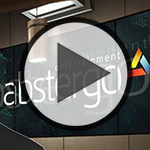 I was an Art Director and a Lead Artist on "Assassin's Creed Liberation"﻿ ﻿- Responsible for the art development and management of the worlds. This was the first project of such magnitude for the studio. In front of us there was the challenge of the new console - Sony VITA and the creation of a full Assassins Creed open world experience on a portable platform.﻿ 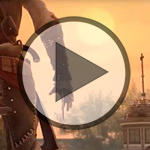 I was the Lead Artist of "Tom Clancy's Ghost Recon Shadow Wars" - One of the top rated launch titles for Nintendo 3DS. The project received a BAFTA Nomination in the Strategy Games Section of the awards. In this project I had to work with all the art teams, establishing and building the visuals of the game. I did a research and built the stereorscopy 3D model of the game. Also I was working closely with the interface team on building the ergonomy of the game interface. 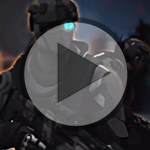